Lilies are among the most popular ornamental flowers. But many gardeners wonder whether lilies are poisonous, especially for dogs and cats. Find out here.

Lilies (Lilium) are an innocent dream in white. For the full-blown amateur botanist, this may even be true across the board. They can enhance any ready-made salad with imposing flowers or dig for tasty bulbs during the next survival training. Here you will find everything about the cultivation and symbolic meaning of the elegant lilies. But for small children and especially for cats, the dream can quickly become a nightmare.

Are lilies poisonous for humans?

It is not uncommon for extravagant salads to tempt you with exotic-looking lily flowers – because most lily species are edible. Only the stem should not be eaten. In China, the bulbs of Brown’s lily (Lilium brownii), royal lily (Lilium regale), tiger lily (Lilium lancifolium), and showy Japanese lily (Lilium speciosum) are an integral part of domestic cuisine. In Northeast Asia, bulbs of Lilium debile and Turk’s cap lily (Lilium martagon) have served as vegetables for centuries. In addition, bulbs of various species served North American native peoples as food. For us, the colourful blossoms are especially beautiful eye-catchers in a salad for the next social gathering. But apart from the nutritional value, the flowers and bulbs of the lily are also believed to have medicinal properties:

However, especially in the case of small children, who are known for their irrepressible desire to put something in their mouth, the consumption of larger quantities can be dangerous. This is because small children weigh very little. In the case of poisoning, one must have ingested a certain amount of the toxic substance per kilogram of body weight. Accordingly, how much of something to eat depends on the weight. This means that young children can show symptoms of poisoning after eating only a little plant material. Nevertheless, lilies are regarded as plants for a family-friendly garden.

Lilies: poisonous for cats, dogs and other pets?

The animal rights group Peta ranks lilies among the top 20 most toxic houseplants for animals. For all plants parts of all species of the pretty flowers are highly toxic, at least for cats. Even the smallest amounts ingested can be fatal. Ingested pollen, flower water or soil in which lilies grow, can sometimes even lead to symptoms of poisoning. Dogs and rodents are not in mortal danger even after eating large quantities. The effect on turtles is not known.

A cat that has come into contact with lilies should be taken to the veterinarian immediately. In case of poisoning by lilies, the following symptoms may occur in cats:

These symptoms do not seem life-threatening at first, but the poison of the lily is insidious. This is because kidney failure, which can be caused by poisoning, does not occur until one to three days later. There are no specific antidotes for lily poisoning yet. The veterinarian treats the poisoning by detoxification or administration of charcoal. After that, only about every second cat becomes completely healthy again. So lilies really have no place in households with cats.

However, this does not mean that cat owners can not use flowering plants as decoration in the home! We have compiled for you some indoor plants that are non-toxic for cats. 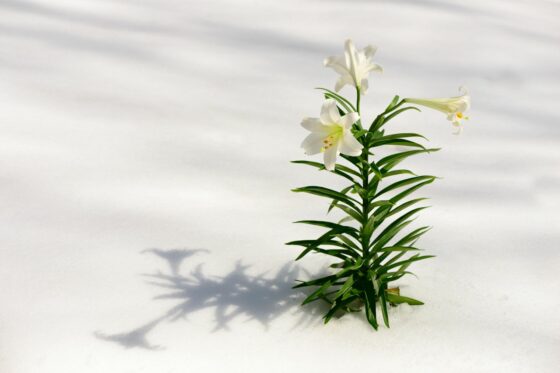 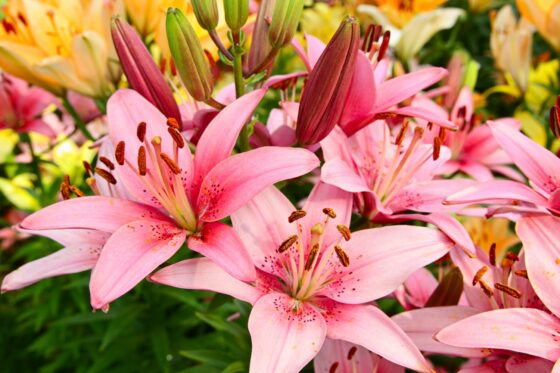 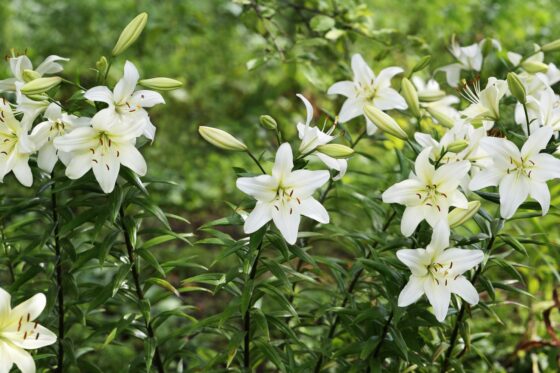 Lilies: all about planting & care 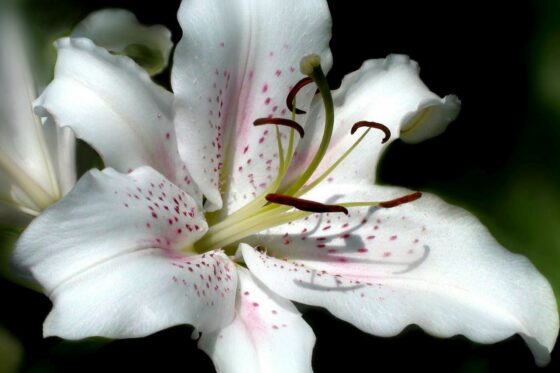 Types of lilies: overview of the most popular varieties