Spinach grows quickly, requires little care and is relatively robust when it comes to diseases and pests. Read on for an overview of this leafy vegetable.

How does spinach (Spinacia oleracea) grow, what does it look like and is spinach frost-hardy? Find the answers to these questions in this article. We will also go over whether spinach is a vegetable and provide instructions on how to propagate the plant.

How does spinach grow? What spinach looks like depends on the growth phase it is in. After sowing, spinach plants first form leaf rosettes. The leaves have long stalks and are egg-shaped or triangular. The size of the leaves depends on the plant variety, harvest time and growing location. Some varieties have spinach leaves as large as 12 cm long.

Spinach is a long-day plant. This means, as soon as the day length reaches 10 to 14 hours, spinach starts to flower. When this happens, the plants grow taller, sending up their flower stalks. This process is called bolting. Bolted spinach can grow 50 to 100 cm tall.

After flowering, fertilised female flowers develop pods that contain the spinach seeds. Depending on the variety, these are round or spiky.

Tip: Read our dedicated article to learn more about monoecy, dioecy and hermaphroditism in plants.

Normally, spinach is an annual. However, it can also be grown as a perennial, in which case the sowing time is in September. The young plants tough out the winter as small rosettes and continue growing in spring. With this method, you can harvest spinach much earlier in the year. That said, spinach sown in September also requires a bit more care – young spinach plants need protection in winter from frost.

Is spinach a vegetable?

There is no one, uniform definition of a vegetable. Whether you ask a grocer or a botanist, the answer will differ. Essentially, vegetables are the parts of plants that are suitable for human consumption. They are usually cultivated as annuals, have a high water content and a low sugar content, and they can be eaten raw or cooked. All these statements apply to spinach – spinach is a vegetable.

If you need spinach but have none, do not fret. In a pinch, spinach is easily replaced by other leafy greens and spinach-like plants. The choice is broad and includes: New Zealand spinach (Tetragonia tetragonoides), leafy goosefoot (Blitum virgatum or Blitum capitatum), common purslane (Portulaca oleracea), kale (Brassica oleracea var. sabellica), garden orache (Atriplex hortensis), tree spinach (Chenopodium giganteum), chard and Good-King-Henry (Chenopodium bonus-henricus). There are even some plants considered weeds, such as common stinging nettle (Urtica) and ground elder (Aegopodium podagraria), that can be prepared as a spinach substitute.

Although spinach is undemanding, it does require regular watering. Waterlogging is not tolerated, but the soil should be kept moist. We recommend watering often but in small amounts. Regularly rake and weed the soil around your spinach plants, as excessive weeds compete with spinach and can prevent it from growing. To help the soil stay moist longer, try spreading mulch between the rows.

Tip: Some spinach varieties can be grown in summer. For such varieties, regular watering is especially important because drought can encourage the plants to flower early. To reduce evaporation and save water, water early in the morning or late in the afternoon.

Spinach is a moderate feeder. Feed your spinach with a plant-based fertiliser or your own compost to meet its nutrient requirements. Our Plantura Tomato Food is a great match, as it is completely animal-free and supplies your plants with all the essential nutrients for the entire growing season. Thanks to its nitrogen-to-potassium ratio of 4 to 8, it also reduces the risk of over-fertilising your spinach plants with nitrogen. Too much nitrogen in the soil can lead to an accumulation of nitrates in the leaves – this can be harmful to humans. 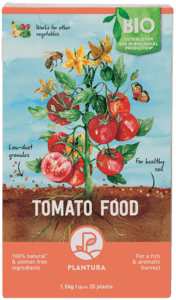 Few diseases affect spinach, making it easy to grow. One disease to watch out for, however, is downy mildew (Peronospora farinosa). There are newer spinach varieties that are resistant to fungal diseases. If you choose to grow your spinach in a foil tunnel, air it regularly. In the open, water spinach as close to the roots as possible, so that fungi have less of a chance – downy mildew thrives on wet leaves. Saving already infected plants is an uphill battle. Although drastic, we recommend pulling out the entire crop and disposing of it in your regular household rubbish bin. If you place the infected plants in your compost, the fungus could survive and spread its spores throughout the garden.

Now and then, spinach is affected by other leaf spot diseases. In most cases, it is Cercospora beticola. This pathogen is also transmitted via the seeds and can live in the soil for up to 2 years – only use certified seeds and take proper breaks in cultivation.

Few pests attack spinach, but the black bean aphid (Aphis fabae) does. To protect your plants from pests, cover them with netting from early summer until harvest.

Another pest that is sometimes discovered on spinach is the larva of the appropriately named spinach leafminer (Pegomya hyoscyami). As early as April, the flies lay their eggs on the underside of leaves of spinach, chard, beetroot and other beet plants. After the larvae develop, they burrow into the leaves. The burrows can be recognised as bright, irregular spots on the leaves. As a preventive measure, avoid growing spinach and other beet family plants together.

So, what does it mean if your spinach leaves start to turn yellow? This can have various causes. Usually, yellowing leaves are not due to disease or pests. What is more likely is that the plants are suffering waterlogging, a lack of nutrients or too much heat.

The question of whether spinach tolerates frost depends on the variety. Many varieties of spinach are hardy and can be overwintered. For such varieties, sowing is possible until October.

Hardy spinach plants endure the cold of winter best when they have already grown a few leaves. However, black frosts can kill spinach. Black frosts occur when temperatures are especially cold for long periods of time, and there is no protective insulation from snow. To protect the plant from black frost, cover it with a garden fleece or mulch. After successfully overwintering spinach, you can look forward to an early spinach harvest.

Tip: A couple of spinach varieties suitable for growing in winter include ‘Verdil’ and ‘Matador’.

When propagating spinach from your own saved seeds, there are a few things you should keep in mind. Beware of propagating F1 hybrids – their offspring can differ greatly in appearance and taste. The surest way for the offspring to be identical is to use monoecious varieties that self-pollinate.

Decide which plants to save spinach seeds from at the beginning of the growth phase. This is when you can see which specimens are the healthiest and strongest. However, as alluring as they are, do not harvest their leaves – let them flourish and flower. If you have dioecious plants, make sure to select and allow both male and female spinach plants to go to flower. After they flower, pull out the male plants, and leave the female plants be until they are ready to bear seed. The seeds are ready for collecting when they turn beige and can no longer be crushed between your fingers. To collect the seeds, cut the entire plant off at the ground and lay them out to dry in an airy, warm place for a few days.

Once the plants have dried, put on some gloves, and rub them between your hands. Sort out the seeds and store them in a cool, dark and dry place until it is time to grow spinach again. Spinach seeds are good for about three years when stored properly. 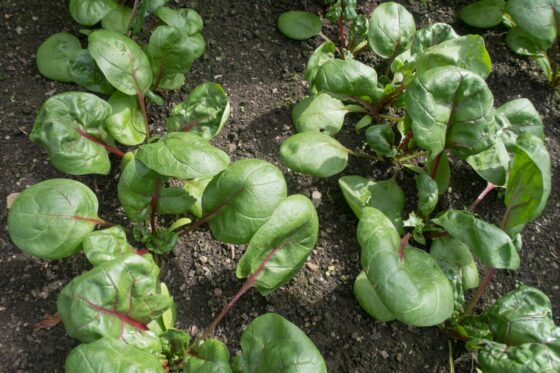 Types of spinach: the best spinach varieties for the garden 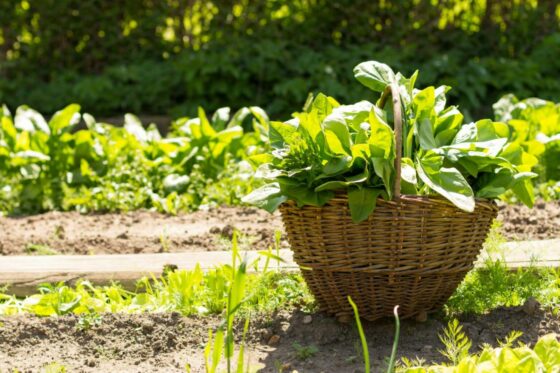 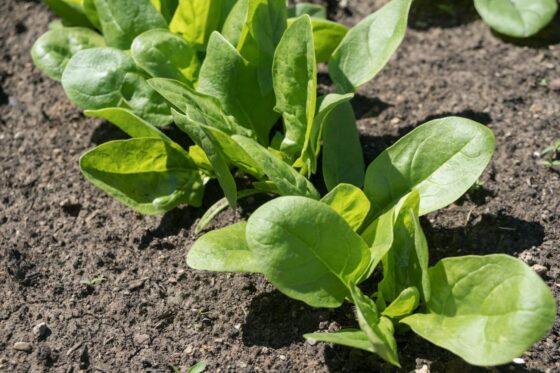 Growing spinach: when, where & how?