From the traditional heritage varieties to the new, there are so many types of radishes to choose from! Find out about the best and most robust varieties to plant at home.

Radishes (Raphanus sativus var. sativus) are traditionally divided into varieties that crop in spring, autumn, and summer according to their ideal growing conditions – the varieties are adapted to the typical seasonal light and temperature. These crunchy root vegetables come in all sorts of different shapes and colours: from round to oblong to conical and white, yellow, red, purple, or multi-coloured. The different types of radishes also differ in taste and spiciness.

Below we have compiled a list of a few popular, tried and tested radish varieties that grow well in the British climate. The abbreviations “Su” for summer radish, “Sp” for spring radish and “A” for autumn radish are there to indicate the seasons in which each variety is best grown.

In addition to the varieties mentioned above, there are also fast maturing radish varieties which are perfect for growing in greenhouses. By cultivating them in a greenhouse, the growing season can be extended. This means that the first radishes can be grown in early spring and the last in late autumn. Due to their fast growth, these radish varieties are also perfect for growing in pots on the balcony or terrace when space is limited. Fast maturing radishes can be harvested after just a few weeks, freeing up space to grow more radishes or other vegetables such as peas, lettuce, or spinach.

′French Breakfast 3′: Bicoloured, red-white, elongated radishes. This variety is vigorous and aromatic, has been cultivated for a long time and comes highly recommended.

To find out more about growing radishes at home, read our article on planting radishes. 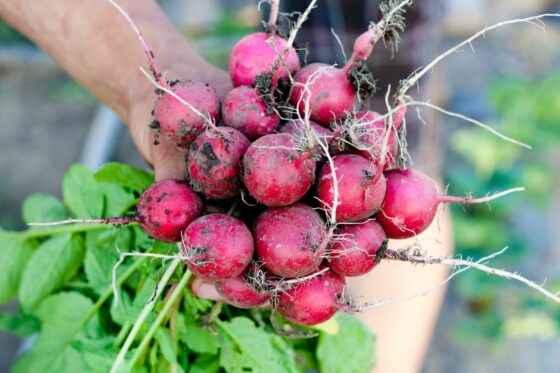 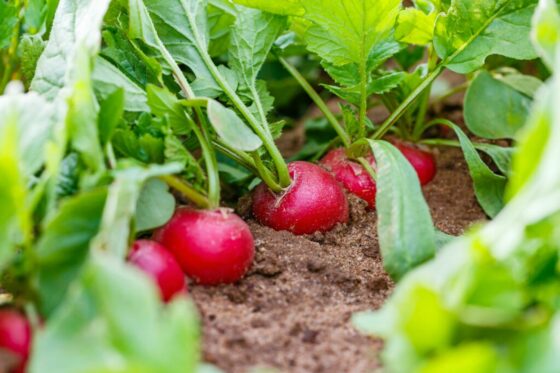