Fennel is a classic Mediterranean plant that can be cultivated both as a vegetable and a herb. Here is our guide to fennel’s origins, properties and how to look after it.

Fennel (Foeniculum vulgare) has been used as a medicinal plant for thousands of years. In this article you will learn about the origins of the versatile Mediterranean vegetable and find tips on caring for fennel, overwintering and propagation.

Fennel has been a traditional vegetable, herb, spice and medicinal plant in the Mediterranean region for centuries. The Romans brought it to us at a time when it was only rarely used as a medicinal plant. The exact origin has not yet been discovered, but it can be assumed that it is native to the Mediterranean region and eastern Asia. Traditionally the ancient Greeks used fennel in cooking but mainly as a medicinal herb. The aromatic fennel belongs to the umbelliferae family (Apiaceae) and is closely related to anise (Pimpinella anisum), caraway (Carum carvi) and dill (Anethum graveolens).

Fennel grows as a biennial to perennial shrub with thick branched stems that can reach between 120 cm and 200 cm in height. The stems are 50 to 100 cm tall in the first year and grow thick with scale-like features; the plant only flowers in the second year. The fennel root is rough and develops deep into the soil in good conditions.

The green leaves, known as the fennel fronds, are feathered, green to blue-green in colour and look like dill. The fronds can be harvested and dried. The branched stems of the fennel plant are covered by a fleshy leaf sheath. The plant flowers between July and September, producing lots of small yellow-flowers. Fennel flowers attract hoverflies (Syrphidae) and bees, as they offer plenty of nectar in summer. The initially blue-green seeds that develop after pollination are long and grooved. They ripen late in the year between September and November when they turn brown and fall off.

Fennel is a low-maintenance plant that requires little attention other than watering in the summer. After planting, only a few measures are neccessary until harvest. First, regularly weed around your young fennel to remove any competition for water and nutrients in the soil. A mulch layer of plant materials such as lawn clippings can be used to prevent weed growth and reduce water evaporation. However, as organic matter breaks down in the soil, it fixes nitrogen, so you may need to apply extra fertiliser to make up for this.

Fennel also requires higher amounts of potassium, which can be acquired with a plant-based slow-release fertiliser such as our Plantura Tomato Food. Work this granular fertiliser into the soil around the fennel, either when transplanting young plants or when directly sowing seeds. The nutrients in the fertiliser are slowly and gently released over the course of the following weeks, benefiting the plant’s growth and the soil’s nutrient level. 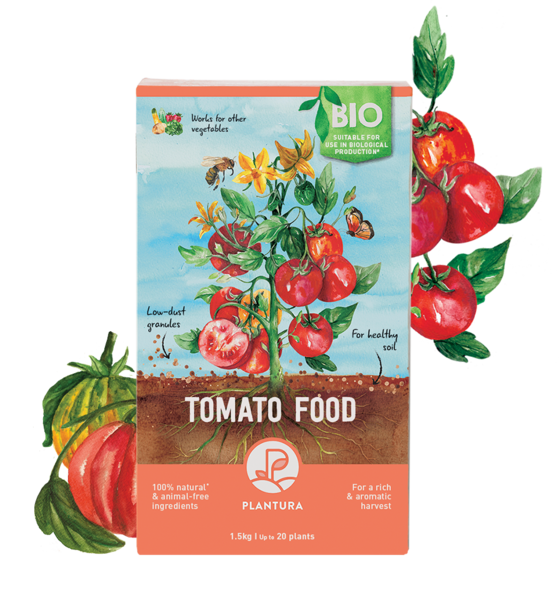 Fennel’s only pest is the caterpillar of the old world swallowtail (Papilio machaon), one of our largest native butterfly species. However, the damage caused by feeding is not severe and is later rewarded by pretty, cream and blue coloured butterflies in the garden.

Counterintuitively, a more developed tuberous fennel plant is not winter-hardy, whereas the young plants can tolerate short-term sub-zero temperatures of up to – 4 °C. Since the vegetable fennel is only cultivated annually for its tender bulb, there is usually no need to overwinter it. Only if you want to harvest seeds do the bulb fennel plants have to be overwintered. Winter-hardy fennels are the common fennel and the sweet fennel, which can easily withstand temperatures below – 20 °C in our part of the world.

You can propagate fennel by sowing seeds. To collect fennel seeds yourself, you first have to identify whether it is a sweet or bulb fennel. The latter usually only flowers in the second year and must therefore be overwintered without frost for seeds to develop. To overwinter fennel, select 10 to 15 healthy, beautiful bulbs and cut back the leaves to about 20 cm. Pot the plants and place them in a cold house or conservatory. The humidity should not get too high and don’t water the potted fennel much to avoid fungal diseases.

Next spring, plant them outdoors again after the last frost. They then flower quickly and the fennel seeds ripen for autumn. Sweet fennel, on the other hand, already produces lots of flowers and seeds in the first year after sowing. In the second year, the harvest is usually much larger. Cut off seed stalks that turn brown and lay them out to dry, because ripe fennel seeds tend to fall off. The seeds can germinate for about one or two years.

Tip: Sweet fennel, bulb fennel and common fennel are closely related, so they can interbreed. Bulb fennel seeds you have harvested yourself tend to go straight into flowering instead of forming a bulb. It is therefore important when propagating a single fennel variety to not do this at the same time as another variety.

Fennel can be used in lots of different dishes and enriches your cooking with its aromatic, healthy bulbs. Take a look at this article for tips on planting fennel in your own garden. 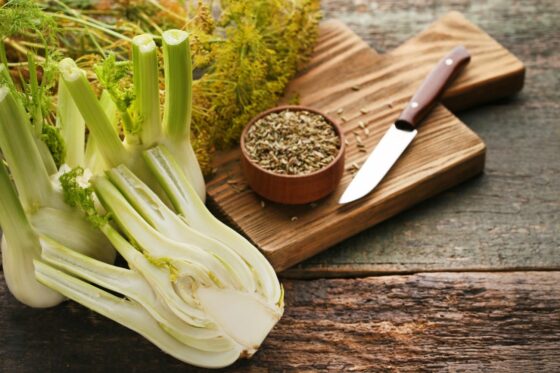 Types of fennel: old and new varieties for the garden 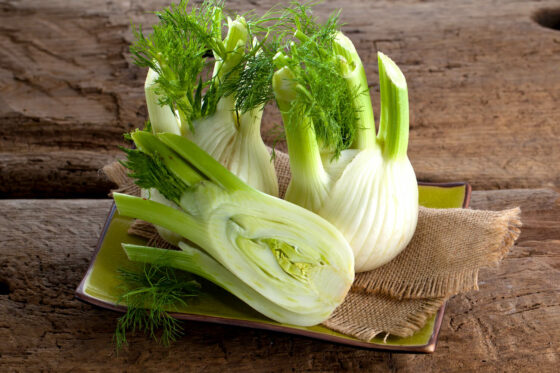 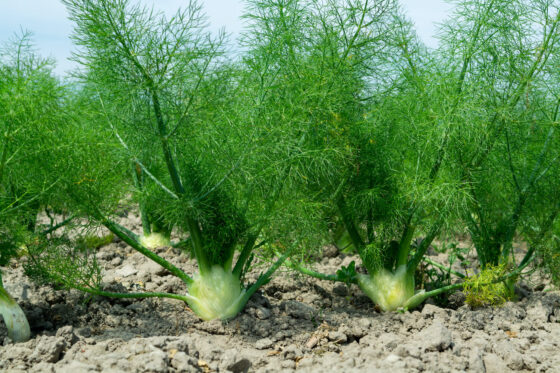