Yellow roses are given mainly to friends and for reconciliation. We have compiled the most beautiful and bright yellow rose varieties.

Roses (Rosa) are among the classics in the flower bed. But the tried-and-true red varieties are too kitschy or stale for many gardeners and simply do not fit into modern landscaped gardens. Fortunately, we can still enjoy the queen of flowers – yellow roses have the beauty and charm of their classic, red siblings but bring a breath of fresh air into the flower bed and attract all eyes thanks to their bright colour. Moreover, the yellow variants are not considered a classic sign of love but have gained a whole new meaning in the language of flowers. Find out here which roses not only top the charts with their appearance, but also in terms of care and health.

Yellow roses are true eye-catchers and will brighten up any garden. But this was not always the case: it was not until 1580 that the first yellow-flowering fox rose (Rosa foetida) arrived in Europe from Asia, revolutionising rose-growing. Today, fortunately, gardeners can enjoy a wide range of roses, which are presented in a variety of shades of yellow. Therefore, the yellow variants are especially suitable as a magnificent solitaire, which will attract all eyes. However, the unusual rose also looks great combined with other colourful flowers.

‘Light Queen Lucia’® is a real classic among yellow rose varieties. The pompously named rose captivates with its semi-double, lemon yellow flowers that light up the whole garden. Its strong rose fragrance is also a real comfort and, together with its good hardiness, makes this rose variety very popular.

If you are a lover of large flowers, you should not miss the ‘Charles Darwin’® from the David Austin company: the opulent rose variety captivates with extremely large, densely double flowers that shine in a brilliant yellow, especially at the beginning of flowering. In addition, it is characterised by an intense fragrance that can vary depending on the weather.

Richly flowering and hardy – the shrub rose ‘Postillion’® actually has all the qualities that a gardener could wish for. While its easy-care nature, vigorous growth and good leaf health are particularly inspiring, the rose also stands out in terms of beauty. Thus, it shines in a lovely yellow hue that is neither too gaudy nor too pale, and adorns itself with a magnificent abundance of double flowers. The ‘Postillion’® fragrance, which is strong but not overly dominant, also wins over many people.

Not a lover of bright yellow plants? Then perhaps the climbing rose ‘Elfe’® is something for you: with its soft, yellow-green colour, the rose does not immediately catch the eye, but exudes an incredibly elegant, almost enchanting charm. Its mild fragrance also once again emphasises the gentle character of the plant. Fortunately, the ‘Elfe’® is not sensitive either – it is considered extremely robust, defies rain and heat and is also fast-growing.

England is known for its roses worldwide and has already produced some great breeds. A particularly beautiful variety shines in a deep amber tone and is known as ‘Graham Thomas’®. Hardly any other yellow rose can boast a comparable colour intensity and luminosity and additionally enchants the garden with its fine fragrance reminiscent of tea roses. Thus, the ‘Graham Thomas’® combines the charm of old roses with the character of new breeds and was rightly chosen “World Rose” in 2009.

The ‘Gloria Dei’® is not only one of the most famous rose varieties but also the best-selling. This is probably mainly due to its unique appearance: the delicate yellow petals characteristically end in an orange-red edge, giving the rose its characteristic elegance and making it a real eye-catcher. At the same time, the ‘Gloria Dei’® is also considered extremely robust and hardy – a real all-rounder.

High resistance to foliar diseases and particularly pronounced health are the hallmarks of ‘Yellow Meilove’®, which is why it has the ADR predicate. However, the easy-care rose is also visually captivating: with its bright yellow flowers, which form a great contrast to the dark foliage of the plant, the rose is a real feast for the eyes and with a height of 60 to 80 centimetres is also ideal for planting roses in large areas.

It is a true winner among roses: ‘Elina’® was not only able to win the ADR predicate, but was also awarded the “Gold Star of the South Pacific” as early as 1987, and even won the title of “World Rose” in 2006. But this winning streak is by no means undeserved; after all, ‘Elina’® is characterised not only by good health, but also by its great appearance – with its dark green foliage and yellow-white pile, the rose is an elegant eye-catcher that blooms incessantly from June until the first frost.

Bright yellow and a strong, lovely smell – it is not without reason that the bedding rose ‘Friesia’® is one of the most popular roses in gardens. Its intense hue makes the flower an impressive eye-catcher, stylish both as a solitary and in combination with other perennials. Also, its good health and robustness make the ‘Friesia’® an asset to any garden – so it is not surprising that the rose variety was also awarded the ADR predicate.

The name says it all: when ‘Golden Gate’® elegantly winds its way up rose arches and trellises, it transforms every passageway into a truly golden gate. However, it is not just its rich, golden yellow that inspires – the rose also exudes an unusual fragrance, fruity, fresh and even slightly lemony. In addition, ‘Golden Gate’® captivates with exceptionally good health, which has earned it numerous medals, awards and even the predicate as ADR rose.

Almost everyone thinks that roses stand for love across the board. But in fact, depending on the colour, the plants can have very different meanings: for example, the red rose stands for the classic, romantic love. Yellow specimens, on the other hand, express friendship or affection, making them ideal gifts to please friends or to thank a host. However, they can also signal that you are willing to forgive someone, and are thus also a symbol of reconciliation. Only when giving a gift to your partner is the yellow rose not the ideal choice: it can also be misunderstood as a sign of jealousy or infidelity when it comes to the relationship – so here it is better to go for classic colours.

Not yet found the right rose for your garden? No problem, here you will be sure to find more exciting and picture-perfect types of roses. How to get rid of aphids on roses: signs of damage & treatment 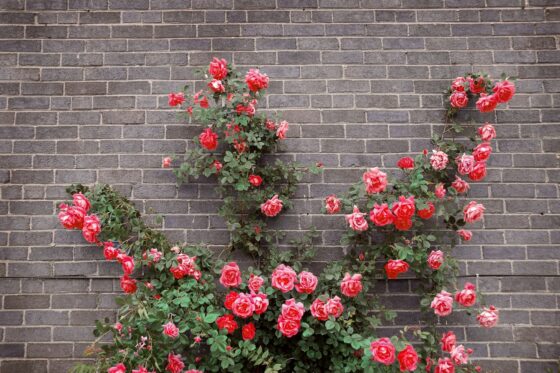 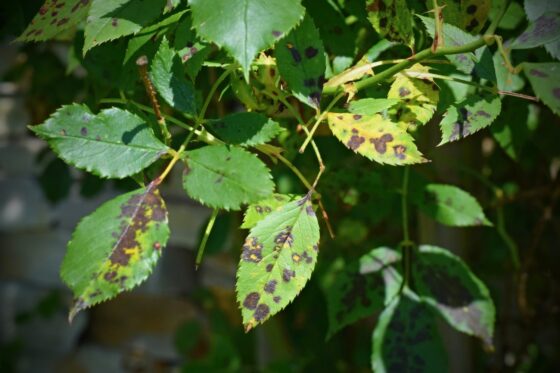 Types of climbing roses: the 20 most beautiful new & heirloom varieties How to create a rose arch: expert tips & suitable varieties