Garden and indoor azaleas show off their flowering splendour at different times of the year. Pruning measures also differ somewhat from each other. Here, you will learn everything about azalea care.

To enjoy your flowers for a long time, regular azalea care (Rhododendron spec.) is essential. Watering keeps the plant alive, while proper pruning can ensure lush blooms and a beautiful shape. We will show you what proper azalea care looks like. For more on overwintering, plants, common diseases, and propagating azaleas, see our profile on azaleas.

Looking after indoor azaleas is not particularly difficult. Nevertheless, you should remember a few tips so that you can enjoy the flower for even longer. Regular watering, fertilising and pruning do the azalea good. It also likes to stand outside in the summer, as soon as it stops freezing at night.

When watering your azalea, it is best to use rainwater. Water with a low lime content can also be used. It is important that the substrate is always moist. Indoor azaleas do not like waterlogging as well as dryness. Therefore, care must be taken to ensure adequate water drainage. The pot must have a drainage hole and should be equipped with a drainage layer of broken clay, stones or expanded clay in the lower part. Also, about 15 minutes after watering, remove the drained water from the saucer or planter. In winter, it is crucial that the soil never dries out. However, since it is cooler and darker in the winter, the plant evaporates less water so minimal watering is enough to keep the substrate moist throughout. In addition, indoor azaleas should be sprayed regularly with lime-free water at room temperature, as they appreciate high humidity.

The best time to prune azaleas is after flowering, which is about May. Here, dead flowers and plant parts are removed so that the plant no longer has to invest energy in them. In addition, early pruning is important so that no buds are removed by pruning later on. If the azalea does not grow to your liking, you can also intervene here by pruning. Use pruning shears to cut the branches just above the shoots or leaves that grow further inside. This promotes a more branched growth without gaps. Following pruning, you should fertilise azaleas to help them grow.

Tip: To allow unhindered photosynthesis and thus healthy growth, you should occasionally remove dust from the leaves of the azalea.

In addition to the indoor azaleas, garden azaleas are also extremely popular as they beautify the garden with their eye-catching flowers as early as spring. Although watering is quite simple, pruning requires a little tact. However, pruning is necessary only if you are no longer satisfied with the appearance of your azalea.

Tip: Although the plants – like indoor azaleas – retain their foliage in winter, caring for Japanese azaleas is the same as for deciduous outdoor azaleas.

Azaleas do not like excessive wetness or dryness. Therefore, be sure to keep the soil evenly moist. Low-lime water is recommended for watering, preferably rainwater. In the hot summer months, water more often than in winter. Of course, if it rains more often in the summer, you can do without additional watering.

When outdoor azaleas grow, they can lose their shape over time, and the flowers are formed mainly in the outer area. Pruning can then help the azalea to new splendour. When you should prune garden azaleas depends, among other things, on the age of the azalea. Older azaleas tend to be more prone to gnarling and can be rejuvenated by pruning. The cuts can be divided into topiary and pruned for rejuvenation.

After flowering, first remove all the withered flowers. This promotes the formation of buds and thus flowering the following year.

Shaping garden azaleas: Shaping is done at the beginning of spring in March and provides a beautiful appearance. First, cut off all the dead and dried up parts of the plant. To counteract thickening in subsequent years, you can regularly cut off individual shoots on the main shoot. Distracting branches that do not fit into the picture are also cut off during shaping.

Tip: When shaping, cut the shoot so that the cut is fairly flush or sits just above an emerging shoot or leaf – this is where the azalea will continue to grow later on.

Tip: If you want to prune a Japanese azalea, rejuvenation pruning is carried out according to the same principle and should be staggered over two years. Here you can even cut back to 30-50 cm above the ground.

Once the azalea has withered, it is important to remove the faded flowers. You can either do this by hand, simply prying out the blossoms, or you can use pruning shears. Indoor azaleas can also be repotted after flowering and then placed outside in a cool, shady spot. Outdoors, even in the shade, there is significantly more photosynthetically usable light than indoors, which is why a little time spent in the garden is also good for indoor azaleas.

Garden azaleas are usually not planted in pots, but indoor azaleas always are. You should repot indoor azaleas approximately every two years. Use a larger pot and be sure to use suitable substrate for azaleas and rhododendrons. Our Plantura Organic Ericaceous Compost is ideal here, which has an acidic pH and thus contributes to healthy azalea growth. Our compost uses less peat than conventional peat soils and emits less CO2 throughout its life cycle. Before you fill the substrate, spread a layer of clay shards or expanded clay on the bottom of the pot to help water drain. Put the azalea in the pot and fill all the gaps around the edge with soil. 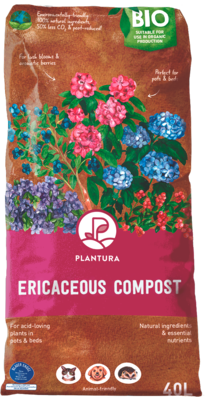 To make choosing the right azalea a little easier, we have compiled an overview of the most beautiful azalea species for you in our article. 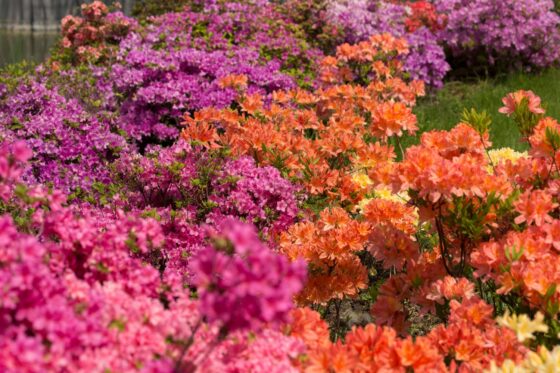 Types of azaleas: the most beautiful azaleas for home & garden 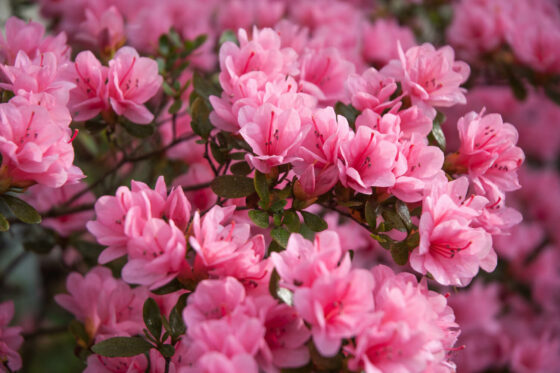