Are you bored of the same old bananas and oranges? We have compiled a list of the strangest fruits around – perhaps you will be inspired to try something new!

Mother nature has created so much beauty in the plant world. The sheer diversity of strange shapes, colours, smells and flavours found in exotic fruit is astonishing. In this article, we have compiled a list of some of the weirdest fruits that mother nature has to offer.

Cucumis metuliferus has lots of common names including horned melon, kiwano, spiked melon, horned cucumber and even cuke-asauraus. As these names suggest, it is part of the gourd family (Cucurbitaceae) alongside other tasty fruit and veg like melon, squash and cucumbers. Ripe horned melons have a yellow to orange skin and bright lime green flesh inside. The plant originally comes from New Zealand, but is now mainly cultivated in the USA, Chile and Australia.

Dragon fruit, which also goes by the name pitaya, belongs to the cactus family. The vibrant fuchsia pink skin is this fruit’s trademark. Inside you will find snow-white fruit flesh dotted with little black seeds. The slightly acidic flavour, mixed with a mild sweetness makes it delightfully refreshing in a tropical climate.

Durian is known for its particularly pungent odour. It originates from south-east Asia, where passengers are strictly forbidden from carrying it on public transport because of its smell! It is fondly referred to as the king of fruit in most regions of south-east Asia because of its large size, thorny skin and intense aroma.

Buddha’s hand belongs to the citrus family. The finger-like segments that lead to the core of the fruit are what gave rise to its name. In China and Japan, it is mainly used as a room freshener. In Europe, the oddly-shaped fruit is more of a curiosity and is not widely known – yet.

This exotic delicacy, cultivated in tropical and subtropical regions, has long been available in our supermarkets. The dark purple skin gives way to a delightfully fragrant, rich yellow flesh with black seeds.

The ugli fruit got its name from its unattractive, rough and wrinkly appearance. Originally from Jamaica, the skin of a tangelo is not rich orange like that of many of its citrus relatives, but rather greenish-yellow. The tangelo is said to be the result of a natural hybridisation between a tangerine and a pomelo.

Rambutan fruit is cultivated in tropical south-east Asia, mainly in Indonesia, Malaysia and Thailand. This unusual fruit has quite striking, pink to red skin that is covered with hair-like bristles. Inside the flesh is milky white and tastes delightfully sweet and slightly tangy.

The purple fruits of the chocolate vine plant are sausage-shaped and full of seeds. The seeds do not, however, impair the pleasantly sweet taste of the fruit. The chocolate vine shrub originates from the Far East and is most commonly found in China, Japan and Korea.

Atemoya is a hybrid of the sugar-apple and cherimoya. Its origin lies in the tropical regions of Latin America. The fruit is heart shaped with green skin. On the inside you will find a sweet white flesh, embedded with black seeds.

The fruit of the salak palm is mainly grown on two Indonesian islands – Sumatra and Java. This unusual fruit owes its name to its reddish brown, snake-like skin – it even has scales! It is similar in shape and size to a fig and has the same distinct tip. Snake fruit has a sweet flavour that is nicely balanced with a slight hint of tanginess.

Can’t get enough of rare and exotic fruit varieties? Read our article on the most expensive fruit in the world. 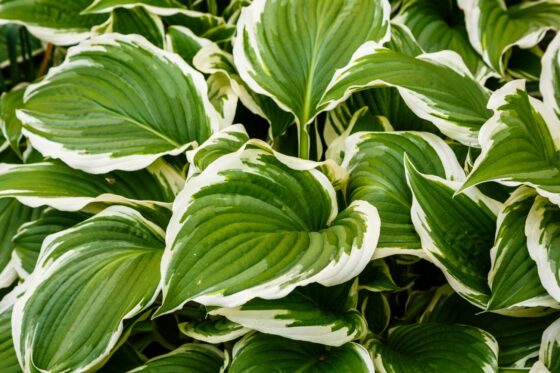 Variegated plants: all about plants with variegated leaves