White winter landscape? How boring – we will show you ten colourful plants that provide colour even in winter.

Bare trees, withered perennials and empty flower beds: in winter, you would not guess that many gardens are actually beautiful in summer. At the same time, a garden does not have to be boring at all in winter – there is a whole range of plants that bear berries, start to bloom or have colourful leaves and stems even in winter. With the help of these plants, your garden will become a real eye-catcher even in winter. In this article you will learn about the most beautiful colourful plants for winter.

If you want your garden to be a feast for the eyes even in winter, be sure to include some of the following plants in your garden.

If you are looking for colour in your garden, dogwood (Cornus) is the perfect plant for winter. There are many varieties with unusually-coloured branches that immediately catch the eye, especially in the white winter. The branches of red dogwood (Cornus sanguinea) and red twig dogwood (Cornus alba ‘Sibirica’) glow intensely red in winter. The bark of the yellow-twig dogwood (Cornus stolonifera ‘Flaviramea’) – you guessed it – has an intense yellow colour even in winter. In summer as well as winter, on the other hand, the white variegated dogwood (Cornus alba ‘Elegantissima’) is particularly beautiful. While it bears green-white foliage in summer, its branches shine bright red in winter: both are truly eye-catching. However, in order for the dogwood to retain its beautiful, colourful bark, it needs to be pruned regularly. Only one to two-year-old shoots show the intense colours in winter.

Holly (Ilex) has made a name for itself as a boxwood substitute in recent years. Holly is especially ideal as a low-maintenance hedge or topiary; after all, it is not only evergreen but also very robust. In winter, the holly shines with its beautiful leaves, which elegantly contrast with the white snow thanks to their dark green colour. Holly’s red, yellow, brown or black berries also remain on the plant throughout the winter, providing a colourful variety. However, the pretty berries do not appear on their own, unfortunately – since the holly is dioecious, there must be both a male and a female plant in the garden. Only in this way can the plants fertilise each other and produce the beautiful, ornamental fruit.

Whether icy temperatures prevail or snow is already on the ground, the Christmas rose (Helleborus niger) blooms reliably almost every year around Christmas time. For a long time, however, there was no hint of colour because the Christmas rose is classically white and often overlooked in the snow. Only modern breeding made the Christmas rose colourful and ensured that the beautiful roses develop their full potential in contrast to their environment. Varieties such as ‘Rubra’ or ‘Black Swan’ now bloom in bold red and dark purple and enchant everyone with their magnificent appearance. It does not take much work to make the Christmas rose an eye-catcher even in your own garden; in fact, the flower is very easy to care for and can be grown in almost any garden.

In winter, this plant enchants us with its striking fruits, but its colourful autumn foliage is also a real ornament – the Lavallée’s hawthorn (Crataegus x lavallei ‘Carrierei’), also called hybrid cockspurthorn, is many things, but boring is not one of them. In autumn, the leaves of the Lavallée’s hawthorn begin to take on a beautiful yellow-brown to orange-red colour and the first fruits become visible. However, it is only in winter that one sees the full potential of the hawthorn species – the small orange-red fruits hang from the branches until deep into winter, persistently defying the cold. The fruits not only provide a decorative splash of colour in the depths of winter but are also very tasty. They are especially popular as jelly, compote or jam and are also really healthy with plenty of vitamin C and perfect for cold winter days.

The name says it all: the beautyberry (Callicarpa bodinieri var. giraldii) features a truly enchanting appearance with its purple fruits. Until September the shrub, which grows up to 3 m, seems rather inconspicuous and almost boring. However, as soon as its berry-shaped fruits ripen, the beautyberry steals the show more than any other plant. The fruits still hang on the bush well into December, even if it has already lost all its leaves. No wonder, as their shiny purple colour can be seen from afar and form a beautiful contrast to the white winter landscape. However, do not eat the fruits because they are poisonous to humans.

In winter, witch hazel’s (Hamamelis) transformation is truly magical. In the depths of winter, narrow, thread-like petals suddenly appear on the otherwise bare tree. The small flowers that the witch hazel forms, with their strong colours from yellow to orange to red, are not only beautiful but also very persistent: the delicate flowers easily withstand temperatures down to -10 °C. The bright flowers are not just a feast for the eyes – varieties such as ‘Palida’ also exude a pleasant smell of primroses, which brings a touch of spring to the winter season. Bumblebees and wild bees also find witch hazel simply fabulous – for them, this unusual plant is one of the first sources of food in the new year.

Beautiful, colourful berries in the depths of winter? No problem at all with the firethorn (Pyracantha coccinea). From the end of August the evergreen plant bears bright yellow to bright red berries, depending on the variety. These remain on the plant until well into winter and are truly eye-catching in the garden. Incidentally, contrary to popular belief, the colourful berries of firethorn are not poisonous but are so sour that they are rejected even by birds. In the garden, firethorn is perfect as a hedge because it is very low maintenance and extremely robust. However, the firethorn becomes most beautiful when it is allowed to grow freely: therefore, it bears the most flowers in the spring and berries in the winter.

It was the perennial of the year in 2017 – the bergenia (Bergenia) is not only beautiful but also versatile, uncomplicated and robust. However, one more feature sets the bergenia apart from most of its competitors: many of its varieties are wintergreen and exude a very special charm from the first frost. As soon as the nights are colder and winter seems to be on the horizon, the leaves of bergenia turn an intense red. Throughout the winter, bergenia enchants with its intense colours and is a real eye-catcher in an otherwise colourless garden. Only when the bergenia begins to bloom the next year, the colourful leaves wither to make way for their young, green successors. This is no reason to be sad, however, since bergenia is also a real beauty in the spring. In spring, it displays beautiful, large bell flowers in all shades from white to purple.

Not just with one, but two colours, the spindle tree (Euonymus) beautifies our winters: the berries of the plant shine in beautiful orange, while the seed pods, which remain on the fruits, are rather red. Through this, the spindle tree has also come to earn its unusual name – the seed pods, together with the fruit, have the shape of a biretta, a headdress that Christian clergymen used to wear. However, the spindle tree is more than a relief for the eyes during the monotonous winter – birds also like to fly to the tree and nibble the brightly coloured fruits. One must not be deceived by appearances: even though birds love the spindle tree, the fruit is unfortunately poisonous to humans.

When it suddenly begins to bloom in December, only the winter jasmine (Jasminum nudiflora) can have its fingers in the pie. While other flowers lay low in winter, the jasmine presents itself in all its glory. Winter jasmine with its small yellow flowers is not only beautiful, but also very persistent. The Asian plant blooms until April, gradually opening its flowers. This is a protective mechanism to guard winter jasmine from frost damage, but which gives us a long flowering. In addition, winter jasmine is also extremely versatile: whether used as a climber, ground cover or even in a container, winter jasmine adds a touch of spring in the dead of winter wherever it goes.

If you have not yet found the right one, then you will find a selection of winter hardy flowering hedges in this article. 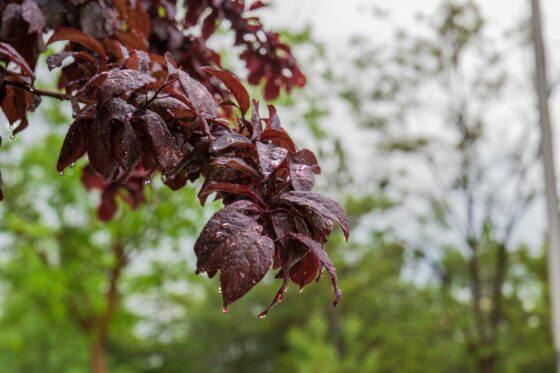 Plants with red leaves: the most beautiful varieties for garden & balcony 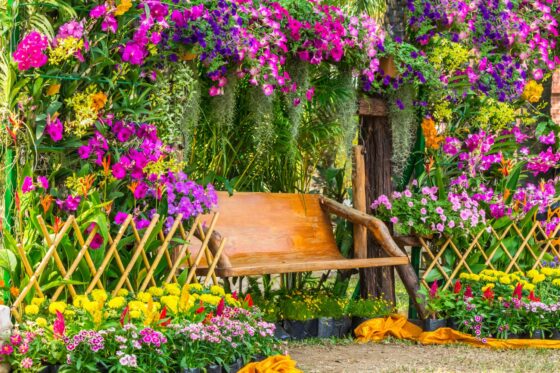 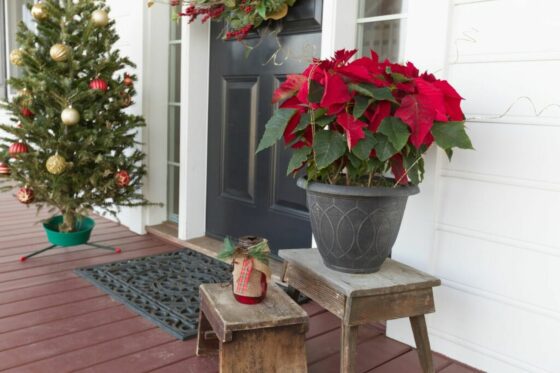 Christmas plants: the most festive plants for the Christmas season