With ollas you can make the task of watering your garden easier. These clay pots can supply garden plants with water evenly for several days at a time.

Watering plants with ollas is a method that has been used for thousands of years to make gardening easier and to save water. Read on to find out how to use ollas for irrigation, the benefits they provide and how to build your own ollas.

What are ollas and how do they work?

Ollas (pronounced “OH-yas”) are bulbous terracotta watering pots used for irrigation in gardens. But how do ollas work? The self-watering clay pots, which are often spherical with a short, extending neck, are buried up to their necks in the soil and can then be filled with water. Due to the porous walls of the unglazed clay, the water is released slowly and continuously into the soil. Olla irrigation works through soil moisture tension, also called suction tension. The tension increases as the soil dries out (i.e. dry soil has a greater capacity to absorb water). When the suction tension in the soil is greater than that of the clay pot, it pulls water from the olla. Once the soil is moist, the suction tension is no longer greater outside of the olla pot, and no more water is pulled from the olla. Essentially, these irrigation pots provide a self-watering system, as long as the olla pot has water in it.

Tip: Clay watering cones, which are mainly used for watering houseplants, work on the same principle as ollas. However, unlike ollas, the water reservoir is not located beneath the soil but rather in an upside-down water bottle placed on top of the clay cones.

Advantages of watering with ollas:

For thousands of years, people have known about the numerous benefits of olla irrigation. Irrigation with ollas is even mentioned in the “Book of Fan Shengzhi,” China’s oldest agricultural guidebook. Irrigating with clay was also known in the ancient South American cultures. The word olla comes from Spanish.

Tip: Ollas are ideal for watering beds on slopes because the water otherwise runs off quickly and cannot penetrate deep into the soil.

The first step is to dig a hole in the soil where the olla is to be placed. This is best done at the beginning of the year when the garden plants are still small so that fewer roots are destroyed when digging. Place the olla in the hole and fill in the area around it up to the neck with soil. Then fill the olla with water and put a lid on the opening to keep dirt and small animals out.

How often do you have to refill the olla? A rough guideline for refilling ollas is to top up the water about once or twice a week. The frequency depends greatly on the garden soil, the amount of rainfall, the water requirements of the plants and the porosity of the soil. Sandy soils store less water than clayey and loamy soils. Sandy soil also has less suction tension due its coarse texture and larger macro-pores. Clayey soil, on the other hand, drains the olla more efficiently due to its high suction power. Thirsty plants, wind, high solar radiation and dry soils also empty the olla quicker.

How big an area can be irrigated with an olla? The answer depends very much on the olla’s size and the soil type. As a rough guide, plants within a radius of 50 to 100 cm benefit from irrigation with ollas. In sandy soils, the radius is smaller, because the water seeps away faster than it can spread laterally. Therefore, in sandy soils, a closer spacing between ollas and plants (and/or more ollas) is needed. In silty and clay-rich substrates, the benefiting radius is larger. Typically, the plants are placed in a circle around the olla. Creeping plants, such as squash (Cucurbita maxima), are particularly suitable, as they grow around the olla all by themselves.

Tip: The soil in raised beds tends to dry out quickly making ollas ideal for watering them. Generally, one olla is enough for one raised bed.

The perfect complement to watering with ollas is mulching. This is because mulching causes less water to evaporate from the soil, meaning you can fill up the ollas less frequently. Use lawn clippings, leaves or a bark mulch.

Instructions on how to build your own olla

Instead of buying an expensive olla, you can easily make your own ollas for watering. You will need the following items:

Olla DIY: 3 simple steps to make your own olla

The olla is ready! Even a single unglazed clay pot with a closed drainage hole can be used as an olla. It is easier to fill but has a smaller volume. 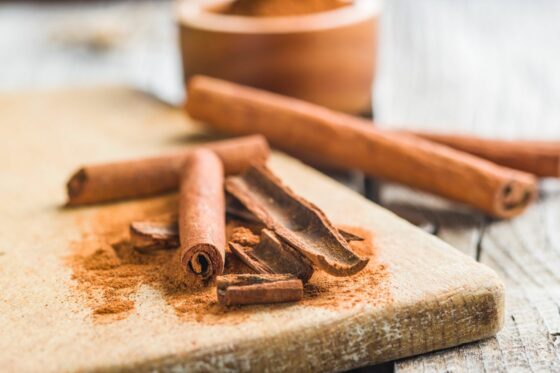 Cinnamon in the garden: benefits & uses