Each shrub has different care requirements. We reveal the best time to cut back each bush and give tips on the right way to prune shrubs.

With their appearance, fruit and flowering, shrubs enrich the aesthetics of our garden, our diet and the diet of wildlife and insects. However, for various reasons it may become necessary to prune a bush. Perhaps your shrub or bush has grown too large, is no longer blooming well, or contains a lot of dead wood. You may also ask yourself the questions: when can bushes and trees be pruned until? And how does proper pruning actually work? We explain the situation, explain the correct pruning techniques and give examples of different shrubs.

What is a shrub?

Shrubs are plants that are perennial, fully woody and grow multiple shoots. With this definition, shrubs can be quite clearly distinguished from trees, which also lignify, but grow with only one main shoot – the trunk. Typical examples of shrubs are the rose, the witch hazel, the gooseberry, the hazel, or even the privet. Shrubs are planted as purely ornamental or as a hedge for privacy. However, the fruit or flower of the shrub often plays a role, as is the case with redcurrant, blueberry or elderberry. Since many shrubs provide valuable nesting opportunities and food sources for wildlife, they are also commonly used for ecological enhancement of gardens and landscapes.

The best time for pruning shrubs

Many amateur gardeners are uncertain when it comes to the question of when to prune a shrub. And no wonder: it is impossible to determine a common best time for pruning all the bushes. Shrubs belong to a wide variety of plant families, are evergreen or deciduous, and flower or fruit at different times. Wanting to prune all your shrubs in the autumn may be optimal for some to stimulate growth the following year. Other shrubs, however, repay pruning in the autumn with frostbite in the winter or a poor bloom in the spring.

Most shrubs do not need and should not be pruned annually. Shrubs requiring annual pruning are exceptions, which you will learn about in the course of this article. Apart from the correct time of pruning during the year, there are two general rules when it comes to the date for pruning bushes:

How to prune shrubs

Even though shrubs have a typical, rather shrubby bushy growth, the right pruning in each case varies from plant to plant and also depends on the goal of the pruning.

The rule is that the pruning of a shrub should pick up its normal growth – and in such a way that a good pruning at first glance is not obviously noticeable by its unnaturalness.

Tip: Common mistakes when pruning shrubs
Poor pruning completely ignores the growth habit of a shrub. Good examples are cubes and shaped cuts, also known as “maintenance pruning”. In this process, each shrub is transformed into a topiary with hedge clippers. Unfortunately, however, not every type of shrub is suitable for topiary and acknowledges pruning with an unsightly, unnatural growth, a greatly reduced set of flower and fruit and a broom-like sprout in the following year.

When pruning ornamental shrubs, the above mentioned timing and pruning rules can be followed. However, there are of course some special cases that we would like to present to you in detail here.

Some ornamental shrubs require pruning each year. As a rule, they are frost-susceptible shrubs, which suffer frostbite in winter. The following shrubs require such pruning:

In March, check which shoots have frost damage and therefore do not sprout normally. These are then removed at the base or cut down to the point of emergence of a healthy, strong side shoot or undamaged bud.

For evergreen shrubs, the so-called concealed cut is performed. It bears this name because the cuts – if they are well carried out – are barely visible. They are located inside the bush and hidden behind leaves. They are basically pruned in such a way that no naked “stumps” remain standing. A cut is always made above an existing side shoot or the entire branch is completely removed. Thus, shrubs can be thinned inconspicuously and reduced in size.
Evergreen shrubs can be a little touchy as bushes, which is why you will find important tips on the correct pruning of these green beauties below.

Yew (Taxus): very tolerant of pruning and used as a suitable topiary or hedge. In the case of free growth, no pruning is necessary. Pruning also possible to create a tree shape. Best pruning time: March to July. Heavy pruning into the old wood is well tolerated in March.

Spruce (Picea): difficult as a hedge or topiary because not very tolerant of pruning. Remedy is provided with annual pruning between August and September or February and March. Here, the youngest shoots are pruned by hand just above the clearly visible buds. Pruning into old wood will result in unpredictable and uneven growth.

Heath (Erica, Calluna): prune immediately after flowering. Use hedge trimmers to remove just a few centimetres off the top. Late flowering heather (Calluna) should not be pruned until spring. Pruning promotes flowering the following year. Heavy pruning is not tolerated.

Pines (Pinus): as a hedge and topiary. difficult as grows unevenly. Remedy is provided by annual pruning carried out at the beginning of June: the youngest shoots are shortened by half by hand. However, the pine hedge always remains quite irregular – that is part of its charm. For free growth, pruning is not recommended. Pruning into the old wood is not tolerated. Best time to prune: March to June (unless birds are breeding in the hedge!) or in September. In the case of free growth, no pruning is necessary. Pruning into old wood is poorly tolerated.

The tree of life and Port Orford Cedar (Thuja, Chamaecyparis, Cupressozyparis): are usually pruned as hedges or columns, then areal pruning with hedge shears. Care must be taken that any branches that remain standing still retain green needles or scales.

Rhododendrons (Rhododendron): after fading, the old fruiting stems are broken out to increase flowering the following year. Rhododendrons tolerate pruning well and can be cut back to the old wood if necessary. If the shape is only to be preserved, only the young, green shoots should be pruned, each above the clearly visible buds. The best time for pruning is March. Do you want to know more? Our special article on pruning rhododendrons will certainly help you.

Tip: Can conifers be cut back to the old wood?
The answer here is a very clear no. The vast majority of conifers and especially spruces (Picea), firs (Abies) and Douglas firs (Pseudotsuga), but also trees of life (Thuja) and Port Orford Cedars (Chamaecyparis) as well as several other conifers tolerate severe pruning into the old wood very poorly. Heavily pruned shoots are unable to resprout, dry up and die. The damage thus caused cannot be repaired. An exception is the exceedingly pruning-tolerant yew (Taxus).

For roses, two types of pruning are performed: pruning between March and April and summer pruning in July and August. March/April is the best time for almost all roses to stimulate growth and bloom for the new year with a vigorous, deep pruning. Even if the rose has not suffered much damage from the winter frost, it is still pruned just above the second to third bud from the ground. Excluded from this practice are wild roses, groundcover roses and climbing roses. And special rules also apply to stem roses. Summer pruning in July/August promotes abundant flowering of roses. It is possible to remove only the faded inflorescences or even whole young shoots. However, from 15 July you should refrain from pruning the shoots, otherwise the winter hardiness of the rose will suffer.

Tip: Pruning climbing roses
Single-flowering roses – often the historical varieties – and climbing roses should be pruned only when they lose their shape. Some of them bloom on the two-year-old wood, which would be completely lost in a radical pruning.

Pruning roses is a science in itself. More detailed information about pruning roses can be found in our dedicated article.

Do not prune shrubs at all or only rarely

Wild shrubs, whether free-standing or in wild hedges, should be pruned infrequently or not at all. Indeed, these provide shelter and food for birds, mammals and insects. Even solitary, that is, woody plants standing alone do not need to be pruned, allowing it to unfold all the beauty of its own natural form over the years. In general, most ornamental shrubs show their best side without pruning. The prerequisite for this, of course, is that the individual woody plants were given enough space when planted. Even if the available space is somewhat narrow, many shrubs will require a regulatory pruning. This means they are only pruned if the plant intrudes, gets out of shape or becomes lazy in flowering. 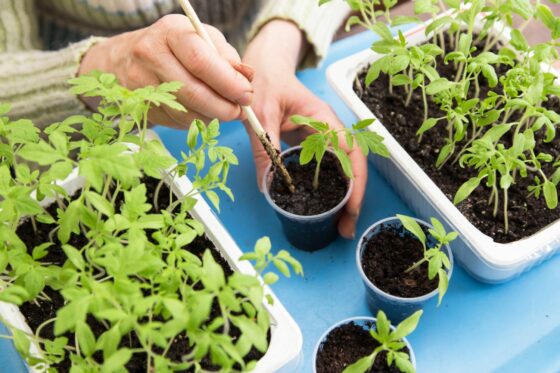 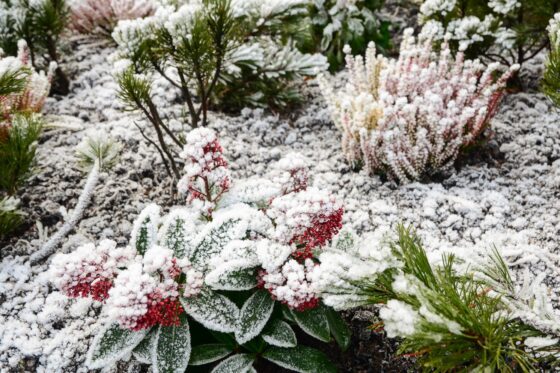 How to protect plants from frost