True, the mole is extremely useful against many insect pests, if it were not for those pesky mounds. We give you tips on how to get rid of moles.

You really do not need to be a trained expert to recognise a mole as a troublesome lodger in your backyard. The characteristic molehills are usually impossible to miss and certainly not pleasant to behold on a beautifully manicured lawn. But what can you do against this small insectivore, and does it even make sense to chase them off your property?

Like the hedgehog, the European mole (Talpa europae) is an insectivore. So direct damage to the roots of your plants by the mole is not an issue. The mammal, which measures only 11–16 cm, is subject to regulations on how it may be controlled. Previous control methods, such as killing by force or drowning the animals with water, will hopefully be a thing of the past.

By the way, a mole is most at home in humus–rich soil, since its favourite food (the earthworm) also finds these the ideal conditions to live in. The mole can also eat quite a lot of them: Up to 30 kg of insects per year are no problem for the mole! But at the same time it also eats the larvae of plant–damaging beetles and other creatures, so the presence of a mole is by no means bad for the amateur gardener.

Where and when is are moles most often encountered?

In spring and summer, the insectivore also likes to live in open meadows and lawns. In winter, on the other hand, it prefers a protective layer of vegetation above the earth’s surface and therefore often retreats to forest edges and other overgrown places. So, if you have problems with piles of soil on the lawn during the gardening season, the problem could also solve itself. After all, the mole is highly unlikely to hibernate in places like these. In addition, it is a typical loner, so once it is outside of the mating season, a contiguous tunnel system is also inhabited by only one mole. The tunnels are usually quite close to the surface and only very rarely extend deeper than 50 cm into the ground. Did you know? The mole is a real digging machine! With loose soil, opening up 20 m of new tunnel a day is a breeze for it. To prevent the small animals from suffocating in their tunnel system, they rely on air holes. For this reason, the molehills should not simply be trampled flat, because that is where the air exchange takes place.

Scare away the mole? Use gentle methods only!

Direct control is not encouraged. If the molehills are not too troublesome, then the mole will thank you for leaving it alone. The habitat of moles is not exactly increasing, thanks to intensive agriculture. So you can decide for yourself whether you want to offer moles a retreat in your garden or not. If the digging activity is no longer bearable, you can use some tricks to make sure that the intelligent animal looks for a new place to stay. This makes use of the mole’s sensitive senses of smell and hearing. The use of so–called ultrasound probes can help, but can also because trouble. Some models are quite audible and can quickly because issues with the neighbours. Also, the effectiveness is still disputed today. That is why you should instead turn to fragrances. Our tip: Boil some water and let a few cloves of garlic infuse there. When the water has cooled, it can be added to the molehills in small amounts. Remember, you must not drown the animal. The application becomes more effective when performed more frequently. In addition, there are also proven plant oil–based agents on the market. We must repeat here that chasing away mole, without endangering its health, is the only legal solution. Many sites praise the use of traps, but these pose their own problems. Animals caught there can die after a short time. It is not only agriculture that has a responsibility towards the ecosystem and biodiversity. The hobby gardener can also contribute to positively influence the ecosystem and biodiversity. 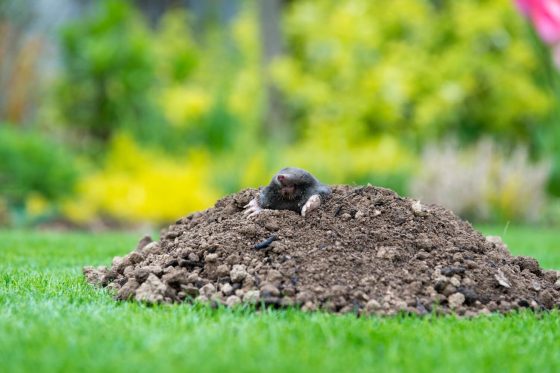 Moles in the garden: good or bad? 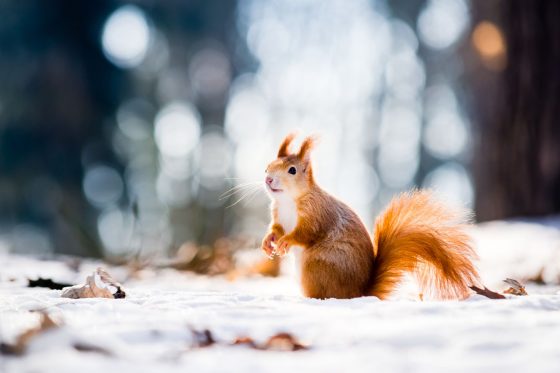 Helping wildlife in winter: how to make your garden a winter haven How to attract squirrels to the garden 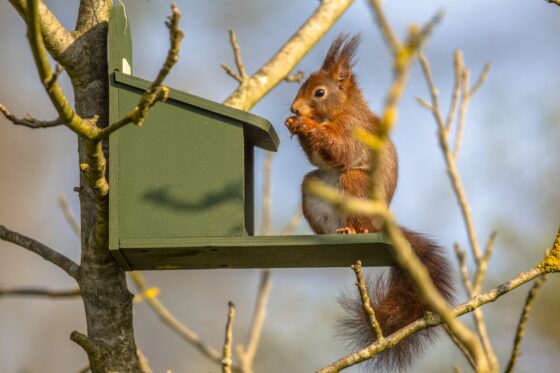