What are nestlings and fledglings? What is the process of raising young in birds? How do altricial and precocial birds differ? And when do birds fledge?

In the period from spring to summer, our garden birds are busy raising their young. Whether one, two or ten eggs, new bird parents have their wings full after their chicks hatch. Find out how brood care works among birds, how the little ones hatch from their eggs, and how much time and work is needed before the young birds are considered adults themselves here in our info article all about nestlings and their development.

Nestlings and fledglings: definition and differences

As the name suggests, nestlings are young birds that still belong in the birds’ nest and are completely dependent on the care of their parents. Nestlings can be recognised by the fact that they are usually only sparsely feathered or unfeathered, and they are unable to fly or feed themselves.

On the other hand, young birds that have already left the nest but are still dependent on their parents are referred to as fledglings. Fledglings already undertake first flight attempts and are often found near the nest on surrounding branches.

After young songbirds hatch from their eggs, they remain in the nest for another two to four weeks, depending on the species. During this time, they are provided with food by their parents. In this process, most baby birds are fed protein-rich insects and other animal-based foods, even though adult birds later become seed and grain eaters. In other bird groups, such as birds of prey, the nesting period can also last up to seven or eight weeks.

As soon as the young birds leave the nest, they are considered fledged. Nevertheless, they are often provided with food by their parents for another two to four weeks. Fledglings are easily observed during their first outings in the garden.

Even after the small birds are on their own, they are still considered young birds. They do not enter adulthood until the juvenile moult in winter or the first spring. You can learn more exciting information about moulting and about the different feathers of birds in our dedicated article on the topic of bird feathers.

What are altricial and precocial birds?

Birds can come into the world at different stages of development. Some species already hatch fully feathered from the egg and are so developed at this point that they can leave the nest very soon after hatching − they are precocial birds, i.e., fledglers. However, this does not mean that the bird parents do not care for the young after the young birds have fledged the nest. Usually the young follow their parents out of the nest and are then led by them to feeding and roosting sites. Most precocial birds are waterfowl, for example swans, ducks or geese.

Altricial birds on the other hand, hatch naked and blind. These nestlings are born without feathers and with closed eyelids. They are completely dependent on the care and protection of their parents for the first few days. They usually receive very intensive brood care and first leave the nest after several weeks. Most songbirds, woodpeckers, pigeons and even birds of prey are nest feeders.

Note: The distinction between a nestling and fledgling is usually made only with altricial birds. Since precocial birds do not stay long in the nest and are independent from the beginning, this distinction makes little sense with them. 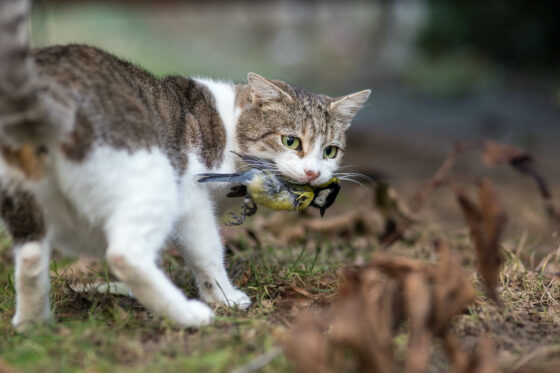 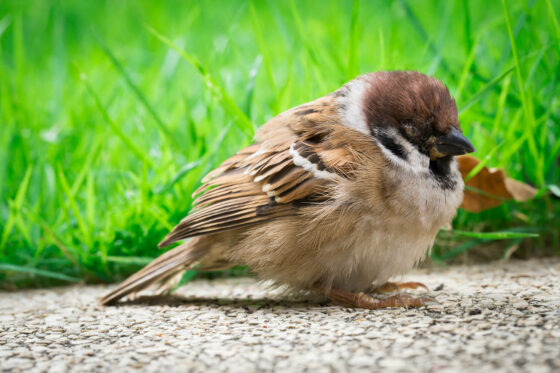 The most common bird diseases & parasites