Peonies are shrubs or perennials that die back towards autumn. Withered parts of the plant must be cut – but when and how should you be pruning peonies?

By way of introduction, let us first point out that there are two types of peonies: perennial peonies, which form only herbaceous plant parts above-ground and withdraw them in winter, and shrub peonies, whose shoots gradually become woody and thus can be seen in the garden throughout the year.
Pruning a shrub peony (for example, a Paeonia Lutea hybrid) is not difficult to perform and does not follow any fixed rules. Once the shrub peony has been planted in a favourable location, it will branch evenly and develop an attractive shrub shape all by itself. Pruning in the case of a perennial peony (for example, Paeonia lactiflora) is hardly worth mentioning because in winter this plant withdraws its above-ground life into the soil. In some cases, however, gardeners can skilfully assist this genus of plants. Below, we reveal what you need to consider when pruning your peonies.

When should you prune peonies?

The time for pruning peonies is during the second half of the year. Depending on what kind of pruning is to be carried out, this time varies from June to December. We explain the different types of pruning, on which the timing depends, below.

There are different approaches depending on whether it is a shrub or perennial peony. In the case of shrub peonies, there are even three different types of pruning. This peony does not retreat into the ground and gradually lignifies its shoots. It arises from the ground in many shoots and optimally branches evenly above ground. Below, we explain how to properly prune shrub peonies.

The care method ensures the removal of all dead and dried up parts of the plant. This can be either individual branches or flowers. As winter draws to a close, it is advisable, for both aesthetic and plant hygiene reasons, to cut away the dead wood where no swelling, budding buds are visible.

This pruning is usually rare but can occur if the peony is in a substrate that is too heavy or low in nutrients, or if the planting depth is not deep enough. Under these circumstances, a peony cannot branch properly, but forms one or two branches from the base, which are bare of leaves at the bottom, and their excessive length causes them to bend under the weight of the flowers. To counteract this appearance, cut back the peony in autumn. Between October and December, cut the peony back to the ground to promote the formation of buds at the base.

A plant-based fertiliser is then carefully incorporated and a well-ventilated substrate is mixed in around the plant. A slow-release fertiliser is ideal here, such as our Plantura Flower Food. It may also happen that the peony barely continues to grow on existing shoots, and flower formation decreases. This is often seen in conjunction with the appearance of many new shoots at the base. This can be prevented by removing the new shoots from the base so that all the energy goes into the existing branches, thus strengthening the flowering again. In this case, it should also be followed by an application of natural fertiliser, optimally potassium carbonate (potash). 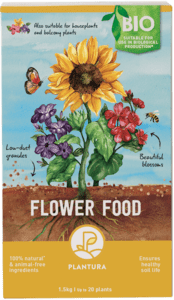 Shrub peonies can suffer mechanical damage to the above-ground parts of the plant from snowfall, high winds, lawn mowers or careless handling. If this happens to young specimens, the extent of damage depends on the depth of planting. Cleanly remove any damage to the peony. If the grafting site is well covered with soil, it is likely that the buds around it are undamaged, since the junction between the graft and the rootstock is below ground. As a result, the graft initially still has the resistant roots of the “wild” rootstock, but is stimulated by contact with the soil to develop its own roots over time. Later, the graft should have developed its own complete root ball. If necessary, the peony can also be given better support with three supports. For older and well-branched specimens, it is sufficient to cleanly remove the damaged wood. Even with worse injuries, the chances of survival are very high.

Pruning a perennial peony is easy and is limited to a cleanup in autumn, as the plants’ above-ground organs die off and retreat into the soil over the winter. So, in autumn between September and October, cut the peony back to about 10 inches above the ground to avoid providing a habitat for fungi, which could become a hazard when new shoots appear. An alternative to autumn is the period in the spring. The advantage here is that there are no frosts, which can penetrate into the plant and freeze parts through the cut wounds. In addition, withered foliage also acts as insulating winter protection for the underlying sensitive base with buds.

The faded parts of the peony plant pose infection risks. Therefore, peonies should also be cut after flowering in June or July. This endeavour prevents the flowers of shrub peonies from rotting, which increases the risk of disease. For example, fungi might feel at home in the withered parts of the plants, as they form a small, protected and moist habitat. It is better to prevent it instead of resorting to a pesticide later.

Pruning and cutting peonies for vases

In order for them to shine in their most beautiful splenduor, fertilising peonies is important in addition to pruning. Learn about what you should look out for here. 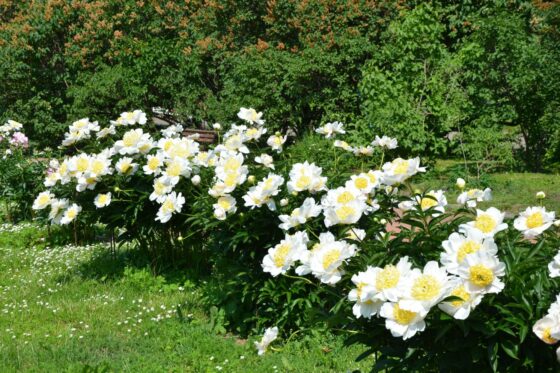 Feeding peonies: when & what fertiliser? 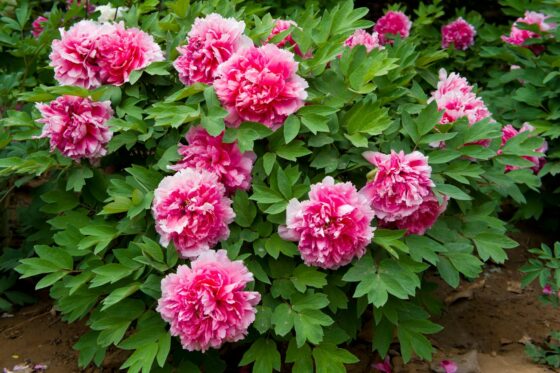 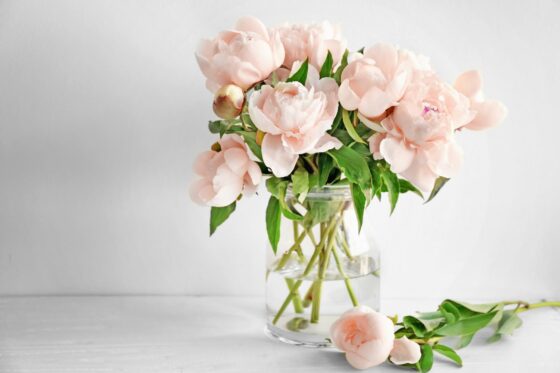 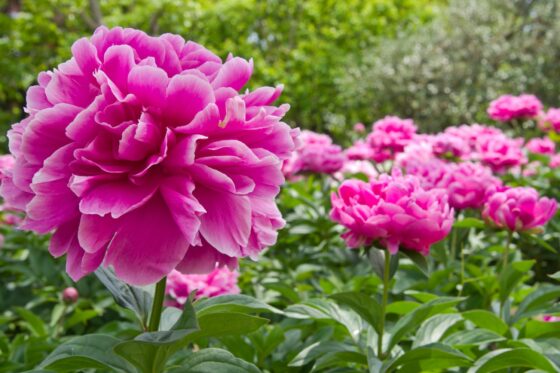 Types of peonies: the 40 best & most time-tested varieties (overview) 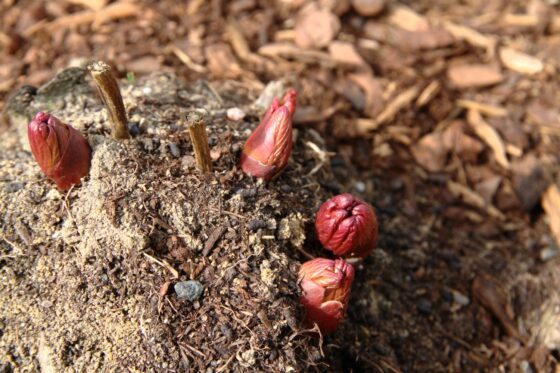 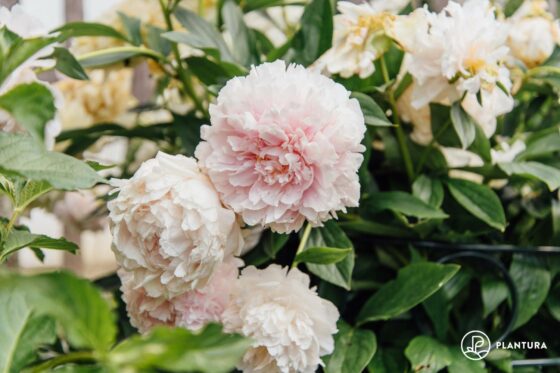 Peonies: all about planting, care & pruning