Ichneumon wasps are beneficial insects and are an excellent biological pest control method. Find out how to successfully use these parasitic wasps against pests such as aphids, whiteflies and more.

What are ichneumon wasps?

Ichneumonid wasps (Ichneumonidae) are parasitic wasps that we can use as beneficial insects. They lay their eggs in insects or insect larvae, causing the insects to die after the wasp larvae hatch. As soon as all host insects have been eliminated, the ichneumon wasps no longer have anything keeping them alive and simply turn to dust. This makes using ichneumon wasps an elegant and ecological alternative to chemical plant protection. That said, you do need to think before buying and using ichneumon wasps, as these useful little helpers are very specific when it comes to choosing their host. However, do not be put off by the high host specificity. Most places that sell ichneumon wasps will assist you in making the right choice. Read on to find out how and where you can use ichneumon wasps.

Ichneumon wasps are a very species-rich family of insects. Due to the large number of different species, these parasitic wasps can be used against a variety of pests. They are useful against aphids (Aphidoidea) as well as scale insects (Coccoidea) and whiteflies (Aleyrodoidea). You can use ichneumon wasps in enclosed spaces, such as in greenhouses or in your living room, as well as outdoors. Parasitic wasps do not migrate as quickly in enclosed spaces, which is why they are particularly effective indoors. Parasitic wasps can only be used at temperatures between 15 °C and 30 °C, so it is only recommended to use them as biological pest control from late spring onwards.

Aphids belong to the family of plant lice known as Sternorrhyncha and are unwanted guests in most gardens. Aphids use their mouths to suck the sugar-rich phloem sap out of plants. However, the aphids cannot fully utilise all the sugar along with the other valuable components in the sap, so end up excreting a large part of the sugar in the form of what we refer to as honeydew. This leaves a sticky, shiny film behind on leaves or your windowsill.

At around 3 mm long, ichneumon wasps may be inconspicuous, but are very effective at controlling aphids. One female can parasitise around 500 aphids in just a short time. Using her sting, she lays an egg in the previously stunned aphid. A larva then emerges from the egg and kills the aphid as it grows, leaving behind a so-called ‘aphid mummy’.

Ichneumon wasps are also great as a preventative measure against aphids, as they are able to seek out and parasitise individual specimens, even if the aphids are quite spread out. However, if you are dealing with a very dense infestation, it is worthwhile getting other beneficial insects such as ladybirds (Coccinellidae) involved too.

Note: Some aphid species are ‘milked’ by ants, meaning that the ants extract the aphids’ sugary honeydew for their own food. To protect their ‘aphid herd’, the ants defend their aphids against enemies such as ichneumon wasps. Some ichneumon wasp species, for example Lysiphlebus testaceipes, can secrete a scent that imitates the smell of aphids, in turn camouflaging themselves so as to avoid being attacked by the ants.

The most important aphid species and their most effective counterparts:

Tip: Ichneumon wasps are sold as eggs. The parasitic wasp eggs are grown on a large scale and applied to cardboard or small paper balls so they are ready for deployment. They can only be dispatched when temperatures are between 5 °C and 30 °C. Ideally, they should only be shipped on a few fixed days of the week in order to guarantee fresh ichneumon flies at all times. So, having to wait a little longer for your beneficial insects can actually be a sign of quality! Once you receive your beneficial wasps, let them out of their packaging as soon as possible. Handle with care to avoid crushing these little helpers. Depending on the severity and whereabouts of the infestation, you may need to repeat the treatment at two weeks intervals to ensure the pests are gone for good.

Scale insects (Coccoidea) attack your plants by sucking out the plant sap. Male scale insects are usually winged and appear as single individuals. The females of most species, on the other hand, have a flat and scale-shaped body that gives them their name. Female soft scale insects (Coccidae) have a strongly curved back and a spherical body. Mealybugs (Pseudococcidae) are also types of scale insects, but instead of the scale-shaped body, they have white “hair” that is made of wax threads. Female scale insects live in colonies and diligently suck on the phloem of the plant. They lay their eggs under their scale on the leaves of the infested plant and the eggs later develop into new adult pests.

Since the scale insect family includes many different species, it is important to choose the right beneficial insects to combat them. The ichneumon wasp Metaphycus flavus, for example, feeds on eggs and young scale insect nymphs. It also lays its eggs under scale insect nymphs from which ichneumon wasp larvae hatch. These penetrate the pest and help you get rid of the scale insects. In turn, new beneficial insects develop in the parasitised cocoons. Metaphycus flavus is the parasitic wasp species with the greatest success in controlling scale insects so far. But other parasitoid species such as Coccophagus lycimnia and Aphytis melinus have also proven to be effective.

Although they do have wings, whiteflies are not actually flies at all, but members of the Aleyrodidae family. The most important whiteflies for gardeners to know are the cabbage whitefly (Aleurodes proletella) and the greenhouse whitefly (Trialeurodes vaporariorum). Whiteflies are 1 to 2 mm in size and their wings are covered with a white wax dust. Especially in greenhouses, whitefly larvae are unwelcome guests. However, using beneficial insects can help you get them under control. The spatial limitation of a greenhouse prevents the ichneumon wasps from migrating to other hosts and so can be used in a very targeted manner. It is important to ensure that the temperature in the greenhouse is optimal. The ideal temperature is between 18 °C and 22 °C, depending on the type of ichneumon wasp, and is crucial for the development of the parasitic wasp population. To help the wasps feel comfortable, air out the greenhouse regularly.

In the event of a severe infestation of whiteflies, scale insects or aphids on houseplants, beneficial insects such as ichneumon wasps are sometimes not enough. And as previously stated, the targeted use of beneficial insects is often difficult outdoors. In these cases, we recommend using a biological plant protection product. Biological pesticides are kind on naturally occurring beneficial insects outdoors, which means that they can continue to “work for you” preventively instead of being harmed.

Note: Do not use beneficial insects and plant protection products at the same time, not even organic products.

A very effective way of controlling aphids, scale insects or whiteflies naturally is to use neem-based preparations. Neem oil comes from the seeds of the neem tree and contains the active ingredient azadirachtin, which is ideal for use against aphids.

For more tips on how to get rid of aphids, see our article on combatting aphids. 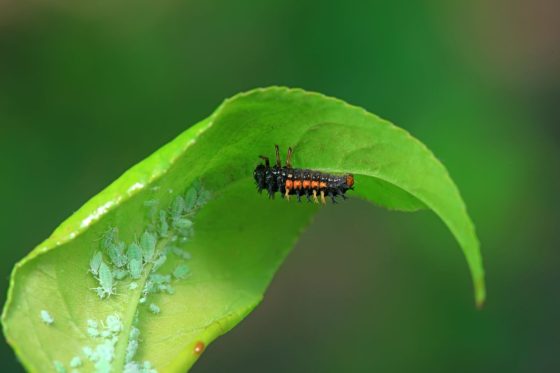 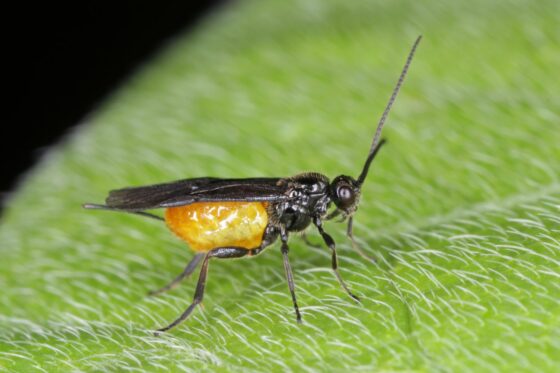 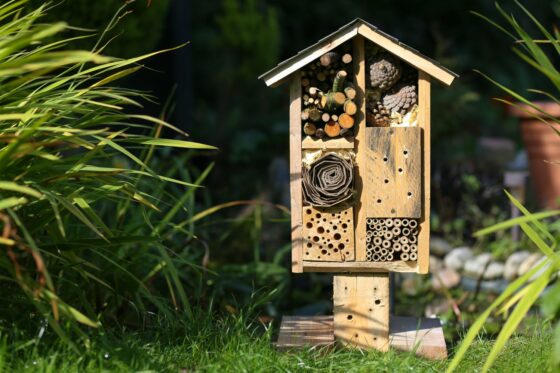 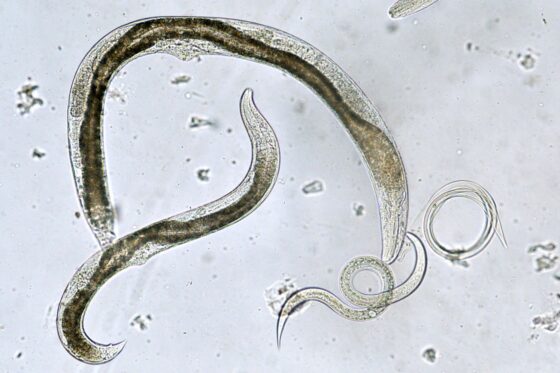 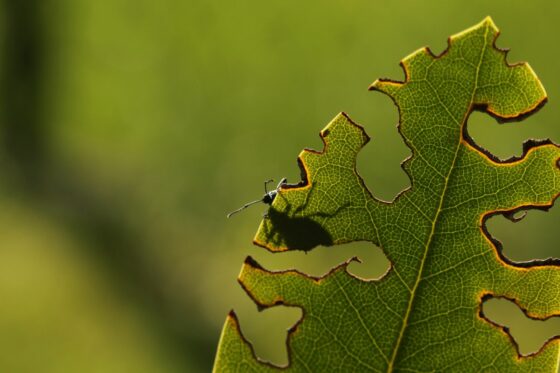 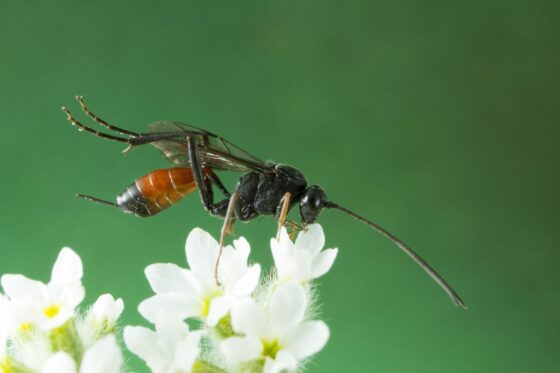